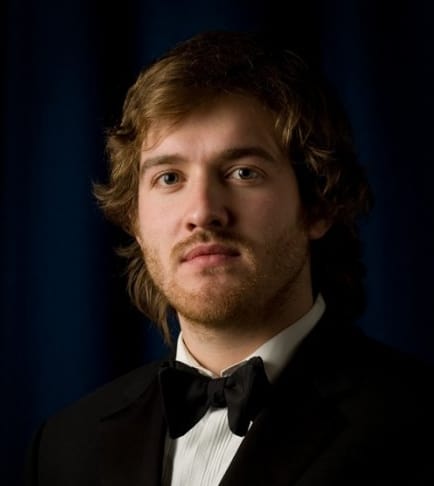 Winner of the 2011 Blyth-Buesst Operatic Prize, the John Fussell Award for Young Welsh Musicians and the prestigious Royal Academy of Music Club Prize in 2012, Sam Furness  studied at St. John’s College, Cambridge (where he was a choral scholar) and on the opera course at the Royal Academy of Music, London, where he studied with his current teacher and countryman Ryland Davies.

Operatic roles to date include the title role of Albert Herring in a new production at the Théâtre du Capitole, Toulouse and at Opera Holland Park; the Novice Billy Budd at the Teatro Municipal, Santiago; Frederic The Pirates of Penzance for Scottish Opera; Vašek The Bartered Bride for British Youth Opera; the title role of L’Orfeo; Rinnucio Gianni Schicchi; Don Ottavio  Don Giovanni; LenskyEugene  (Ryedale Festival, and Royal Academy Opera); Lysander A Midsummer Night’s Dream and Tamino The Magic Flute (both at the Edinburgh Fringe Festival); and Bénédict Béatrice et Bénédictwith the Royal Academy Opera, conducted by Sir Colin Davis. Engagements in the 2013-14 season include Ernesto (cover) Don Pasquale at Scottish opera, Jaquino Fidelio at Garsington Opera and concerts in Prague, Osaka and Cape Town. Looking further ahead Sam will debut at ENO and return to Scottish Opera and the Wigmore Hall next season.