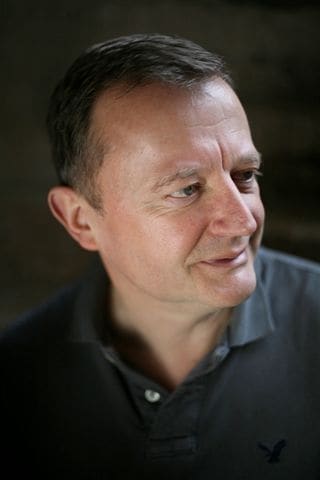 In recent years, Patrick Hawes has emerged as one of the country’s most popular and inspirational composers.  Born in Lincolnshire, he read music as an organ scholar at Durham University, and soon went on to make an impact in the world of choral music with his cantata The Wedding at Cana.  It was with the release of his debut album Blue in Blue, however, that Patrick first gained widespread public recognition.  Made CD of the week on Classic FM in 2004, it was nominated for a Classical Brit award and was voted by Classic FM listeners as the fastest ever and highest new entry into the station’s Hall of Fame.

From 2006 to 2007 Patrick was Composer in Residence at Classic FM.  This position involved writing twelve pieces for piano, each piece being premiered over a twelve-month period.  The pieces were directly inspired by his move to the Norfolk coast and by the wonderful skies and landscapes of the county.  The resulting album Towards the Light was an instant hit with the public and, for a second time, Classic FM listeners voted it the highest new entry in the 2007 Hall of Fame.  A national tour followed and Patrick enthralled audiences with his performances at the piano.

April 2009 saw the release of Patrick’s album Song of Songs which consists of six choral pieces for strings and voices along with other works for choir and organ. The recording features the English Chamber Orchestra, Patrick’s own choir Conventus and the stunning soprano Elin Manahan Thomas.  Patrick joined forces with Elin once again and also the brilliant cellist Julian Lloyd Webber for his subsequent album Fair Albion: Visions of England.  Both of these releases were made CD of the Week on Classic FM within a six-month period.

Patrick was commissioned by HRH The Prince of Wales to write the Highgrove Suite in 2009.  This began as a one-movement work for harp and strings and was premiered at Covent Garden on the Prince’s sixtieth birthday by the royal harpist Claire Jones and the Philharmonia orchestra.  Three new pieces for the same forces completed the suite, each one inspired by an aspect of HRH’s garden at Highgrove.

In 2011, Patrick was commissioned to write a piece for the Lancaster Festival Ohio in the United States, for which he produced the phenomenal Te Deum.  The American audience was enthralled during the premiere in July last year, at which Patrick was fortunate enough to be present.

Patrick’s biggest work to date is his Lazarus Requiem.  Premiered at the Cadogan Hall, London in 2008, the work was recorded in January 2012 by the Royal Scottish National Orchestra, Exeter Philharmonic Choir, Exeter Cathedral Choir and the soloists Thomas Walker, Elin Manahan Thomas, Rachael Lloyd, and Julian Rippon.  The cathedral premiere also took place in Exeter on 17th March 2012.  The work intersperses the traditional Latin Requiem text with an account in English about the raising of Lazarus from St John’s Gospel.

In May 2012 Patrick completed a song cycle in Welsh for the soprano Elin Manahan Thomas based on the poems of 13th century Welsh poet Dafydd ap Gwilym.

For up to date details on Patrick’s work visit www.patrickhawes.com