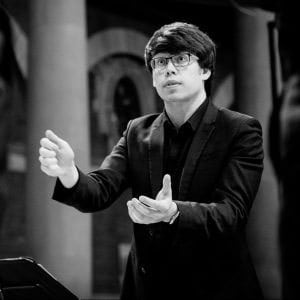 Owain Park is a prize-winning composer, published by Novello. His music has been performed across the world, by ensembles including the Tallis Scholars, the Aurora Orchestra and the Norwegian Soloists’ Choir. Recent works include Footsteps for Tenebrae and Nigel Short, and Beati quorum via, commissioned by the Wells Cathedral Chorister Trust for The Countess of Wessex.

The Choir of Trinity College Cambridge recently gave premieres of The Wings of the Wind as part of their tour programmes to the USA, Switzerland, Australia and Hong Kong, and his chamber opera, The Snow Child, was performed at the Edinburgh Fringe Festival. His compositions have won awards from organisations including the National Centre for Early Music and his music has been broadcast on BBC Radios 3 and 4, and Classic FM.