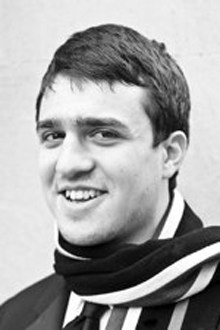 Oliver El-Holiby sings in the choir of St. John’s College, Cambridge under Andrew Nethsingha, and is in his third year reading music at the Cambridge University.

Before going to University, Oliver sang as a Chorister and Choral Scholar at Chelmsford Cathedral under Peter Nardone. The musical opportunities of Cambridge have taken him all over the world – to the Netherlands, Australia, China, America, Switzerland, France, Germany and Denmark. Highlights of Oliver’s solo career so far include performing the role of Orpheus in Gluck’s Orfeo ed Euridice, playing the character of Mopsa in Purcell’s The Fairy Queen, singing the alto solos in a Cambridge performance of Bach’s St Matthew Passion, participating in masterclasses with James Bowman and Michael Chance, and performing in St. James’ Palace. In the future, Oliver hopes to be a professional singer.