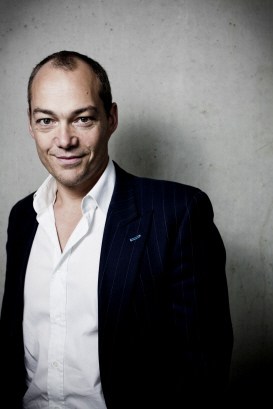 Winner of the Lieder Prize at the 1997 Cardiff Singer of the World Competition, Christopher Maltman was born in Cleethorpes and educated Louth. He read biochemistry at Warwick University and studied singing at the Royal Academy of Music.

He is a reqular guest at the Royal Opera House, Covent Garden where he has sung Papageno (Die Zauberflöte), Guglielmo (Così fan tutte), Ramiro (L’heure espagnole), Malatesta (Don Pasquale) and he created the role of Sebastian in the world premiere of Thomas Adès’ ‘The Tempest’.  His roles at the Glyndebourne Festival have included Papageno, Figaro (Le nozze di Figaro) and Sid (Albert Herring).  At the Bayerische Staatsoper, Munich, he has sung Tarquinius (The Rape of Lucretia), Guglielmo, Marcello (La bohème) and Albert (Werther).  Other opera appearances in Europe include Count Almaviva (Le nozze di Figaro) and Aeneas (Dido and Aeneas) in Vienna; Figaro (Il barbiere di Siviglia) at the Deutsche Staatsoper, Berlin and Tarquinius at the Aldeburgh Festival and at the English National Opera.  An acclaimed Billy Budd, he has sung the role at Welsh National Opera, Teatro Regio in Turin, Seattle and in Munich.

A renowned recitalist, he has appeared at the Vienna Konzerthaus, Amsterdam Concertgebouw, Salzburg Mozarteum, the Alte Oper in Frankfurt, the Philharmonie in Cologne, in New York at both Carnegie Hall and at the Lincoln Center, and at the Aldeburgh, Edinburgh and Cheltenham Festivals.  He is a regular guest at the Wigmore Hall and at the Schwartzenberg Schubertiade Festival.

He has recorded the Vaughan Williams ‘Serenade to Music’ for Decca; Warlock, Holst and Somervell songs for Collins Classics; and he took part in Deutsche Grammophon’s complete Beethoven Folk Song project.  His recording of Schumann’s ‘Dichterliebe’ for Hyperion was released to tremendous critical acclaim and he has recently recorded Schumann’s ‘Liederkreis’, Op.24, with Graham Johnson, a Debussy album with Malcolm Martineau and a disc of English songs with Roger Vignoles.  On film, he has appeared in John Adams’ award-winning ‘The Death of Klinghoffer’.