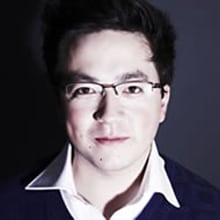 Julian Gregory started his singing career at the age of 8 as a chorister at St John’s College Choir, Cambridge, under Christopher Robinson. After five years as a major Music Scholarship holder at Eton College, he then returned to St John’s as a tenor Choral Scholar in 2009, after a period of months singing at Norwich Cathedral under David Lowe, with whom he currently learns.

Julian graduated from Cambridge last June, is spending this year on a Scholarship Exchange to Heidelberg University, where he is intensively learning German, and has just accepted a major Entrance Scholarship to the Royal Academy of Music, where he will begin his Masters in Vocal Performance in September 2013.